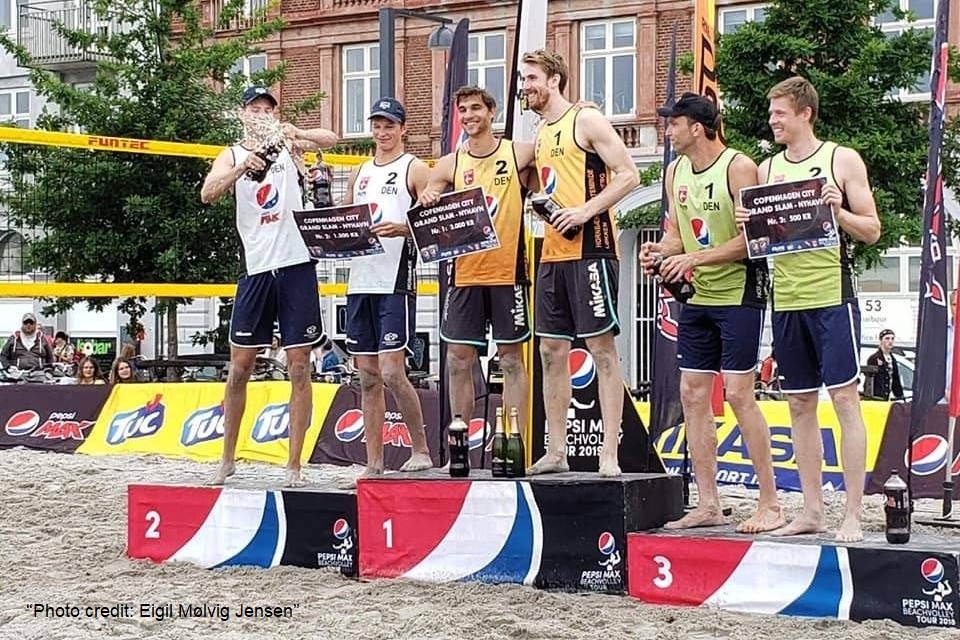 The Copenhagen Grand Slam was for the first time placed on iconic Nyhavn in Copenhagen organized by Danish Volleyball Federation. The Tournament was played 14th-16th June. Thousands citizens and tourists came from all over the country to see beach volleyball at the highest level. It was the tournament recorded the highest number of visitors at all time in the history of beach volleyball tournament in Denmark.

Among the 16 registered elite teams, Mikasa’s local distributor A-Sport sponsored 3 best teams in the men’s tournament, and all of them were placed 1th, 2th and 3th, consecutively.

Top 3 teams on the podium 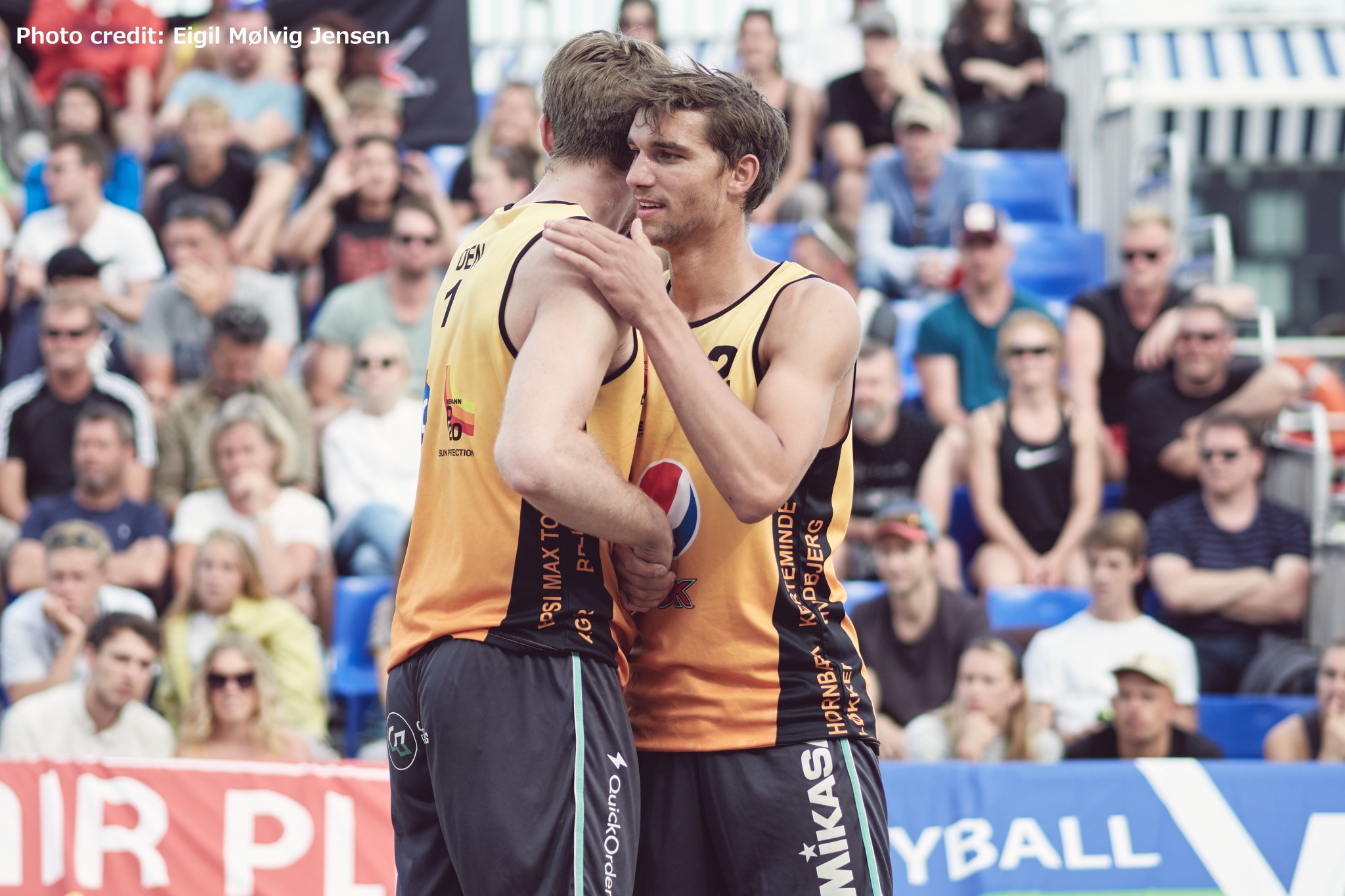 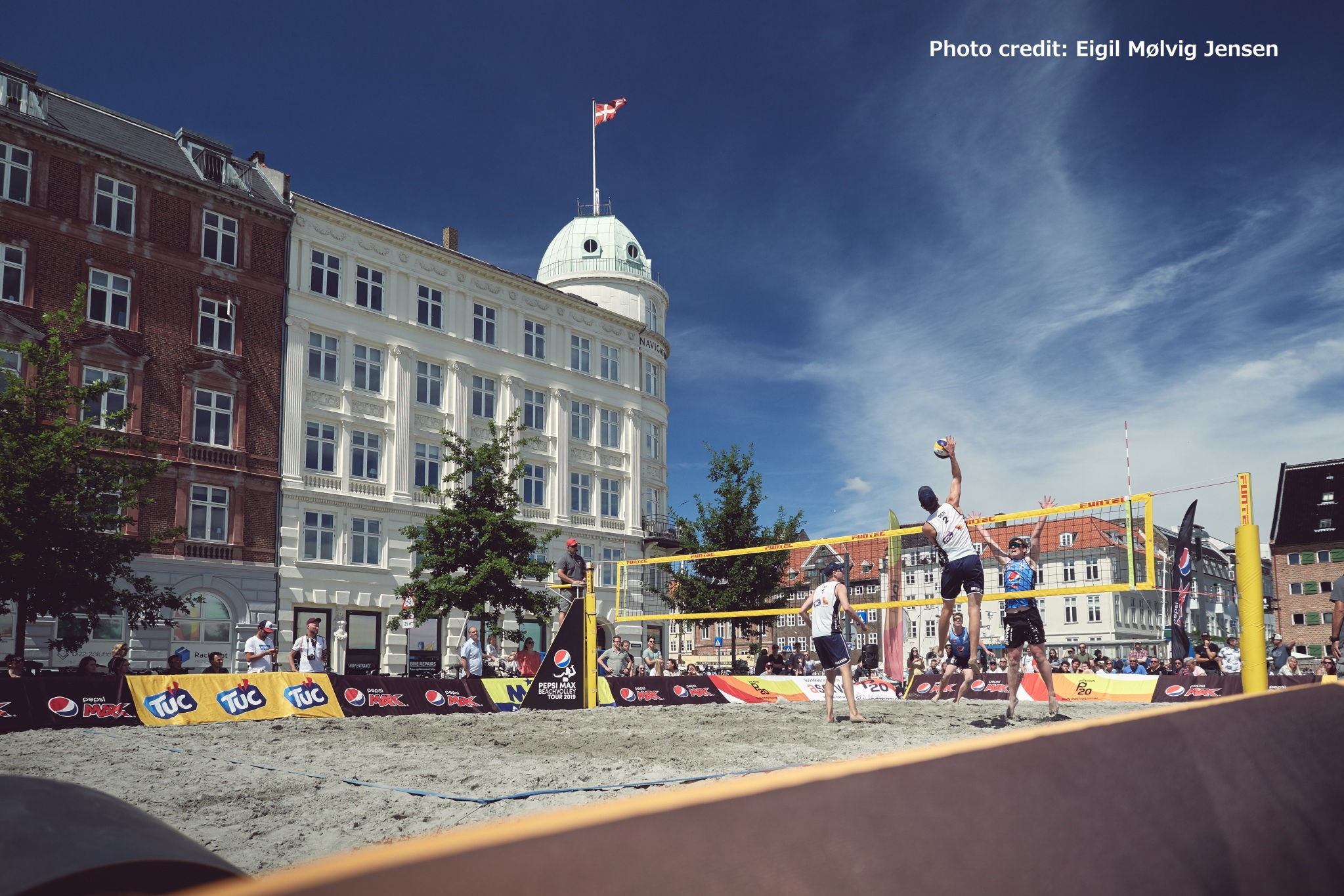